Solana ( SOL 1.02% ) has always been something of a little sibling to the bigger Ethereum ( ETH 1.45% ) blockchain. It was started later, has fewer high-value projects, and just isn’t as mature in its development.

But over the last six months, Solana has become a force to be reckoned with. The Phantom wallet, Solana’s most popular crypto wallet, has more than 2 million users just six months after it was launched. Its Magic Eden marketplace facilitated 4.6 million non-fungible token (NFT) transactions in 30 days ending in early March, and hundreds of millions of dollars in investment is flooding into the blockchain. So, what would it take for Solana to jump to another level? 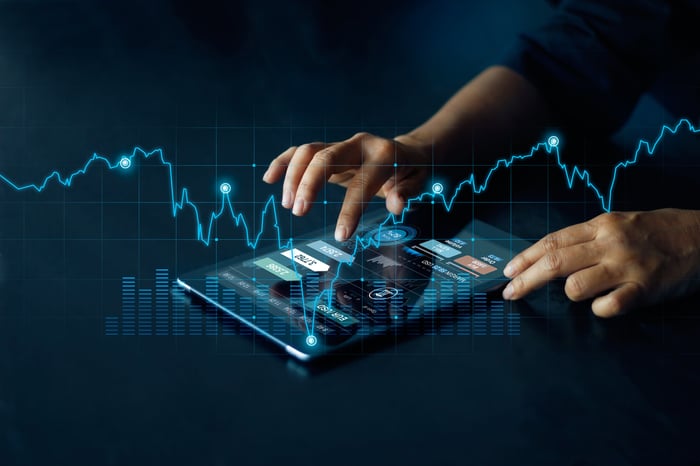 To put a 10-fold rise in Solana into perspective, Solana’s market capitalization of $35 billion today would need to increase to about $350 billion. This would be about on par with Ethereum’s market cap of $374 billion today.

This may seem like a big increase, but I don’t think it’s too far-fetched. Solana’s blockchain can already validate many more transactions per second than Ethereum’s. It’s much lower-cost, and developers are moving toward Solana.

From a development perspective, it’s more attractive to develop for a blockchain that has transaction costs that are a fraction of a penny, like Solana. Ethereum can cost hundreds of dollars for certain transactions at certain times of the day, and the more congested the blockchain, the more costs go up.

Cryptocurrency is an ecosystem

When I think about cryptocurrencies, I think of them like a digital economy. The crypto token is the medium of exchange between projects and developers who are building NFT projects, decentralized finance, and other features on the blockchain. In theory, the bigger the economy, the more valuable the underlying cryptocurrency should be.

I think the most bullish case for Solana’s cryptocurrency is everything being built there. There are NFT projects launching every day, and Solana Ventures is part of more than $250 million in funds intending to expand Solana’s ecosystem.

Clearly developers are building a lot of tools for Solana, and I think that will help the Solana digital economy grow. Whether that translates to a higher cryptocurrency price remains to be seen.

A blockchain to bet on

I think investors should be looking at where builders are building, and that’s clearly Solana. Momentum is behind the blockchain from developers and investors, and that’s a tough flywheel to stop. I think Solana has a good chance to get to $1,000 in value, even if it takes many years, which is why I’m bullish on the cryptocurrency.

This article represents the opinion of the writer, who may disagree with the “official” recommendation position of a Motley Fool premium advisory service. We’re motley! Questioning an investing thesis – even one of our own – helps us all think critically about investing and make decisions that help us become smarter, happier, and richer.

Crypto Companies Have Attracted Massive Amount of Capital in 2022