Why NEAR Protocol Is Down 11% Today 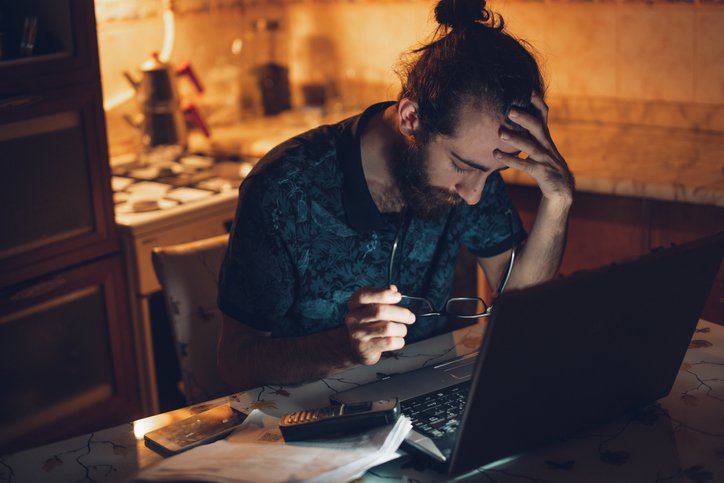 NEAR Protocol’s price falls after its much-anticipated stablecoin launch.

Only a few weeks ago, we were talking about NEAR Protocol’s (NEAR) extraordinary performance. Much of the crypto market has been struggling in recent months, but NEAR came close to its all-time high. Unfortunately, it seems few cryptocurrencies can sustain any kind of momentum in this uncertain climate. Today, after falling 11% in the past 24 hours, NEAR is close to a one-month low. Mind you, it’s still up 150% in the past year, according to CoinGecko data.

What is NEAR Protocol?

NEAR is one of many smart contract cryptos that shot to fame in the last year as developers and investors look for alternatives to the gas-guzzling Ethereum (ETH). It hosts a number of decentralized applications and has an ambitious mission. According to its website, NEAR wants to change how applications are built and the way the internet works.

One key metric for these ecosystems is the amount of money that’s locked on their platforms, also known as total value locked (TVL). According to DeFi Llama, NEAR sits in 11th place in terms of its TVL, which has grown over 130% in the last month. It has $1.79 billion invested with applications on its network. Ethereum, which tops the TVL charts by a long way, has almost $114 billion.

Why is NEAR down today?

It’s difficult to know for sure what’s caused NEAR’s price to fall. There’s no big negative news impacting NEAR, beyond the downward pressure on the whole crypto market. However, these are the most likely drivers:

1. Its USN stablecoin launch may have been overhyped

On Monday, NEAR launched its own stablecoin. Stablecoins are a type of cryptocurrency that peg their value to another commodity such as the U.S. dollar. NEAR’s USN stablecoin had been much-anticipated, and was one of the factors that drove its price up.

Sure, it looks like there were a couple of technical issues with the launch. Ref Finance tweeted, “We notices some issues with NEAR/USN mint function on NEAR wallet.” But it seems like these are relatively normal teething troubles and unlikely to have had a significant price impact.

Our top crypto play isn’t a token – Here’s why

We’ve found one company that’s positioned itself perfectly as a long-term picks-and-shovels solution for the broader crypto market — Bitcoin, Dogecoin, and all the others. In fact, you’ve probably used this company’s technology in the past few days, even if you’ve never had an account or even heard of the company before. That’s how prevalent it’s become.

Sign up today for Stock Advisor and get access to our exclusive report where you can get the full scoop on this company and its upside as a long-term investment. Learn more and get started today with a special new member discount.

However, it could be that many traders bought NEAR in anticipation of a price increase around its stablecoin launch, only to sell when the rumor became reality. We’ve seen this scenario happen a number of times in crypto, for example, when massively hyped Cardano (ADA) smart contract launched. It also happened with Dogecoin’s (DOGE) spectacular growth prior to Elon Musk’s Saturday Night Live appearance.

There is a huge amount of speculation in the crypto industry, which can often push prices up to unsustainable highs. This type of activity happens with all types of investments, but the lack of regulation and reporting requirements in crypto often magnify the impact of the rumor mill.

2. The whole crypto market is down

The price of crypto grandaddy Bitcoin (BTC) dropped yesterday after briefly tipping the $40,000 mark. Russia announced it would suspend gas supplies to Poland, sparking fears of an escalation in the Russia-Ukraine conflict. This type of geopolitical uncertainty often causes people to pull out of riskier assets like cryptocurrency. As a result, most top cryptos were in the red today.

NEAR Protocol remains an interesting cryptocurrency with some solid backers and a number of reputable fans. As with any crypto project, do your own research to fully understand the project and any specific risks associated with it. For example, NEAR uses an algorithmic stablecoin model, which comes with its own benefits as well as risks. It’s important to understand how these work and what impact it might have on NEAR in the coming years.

Daily price changes can sometimes signal wider problems, but they are often due to the unpredictable and volatile nature of the crypto industry. As an investor, don’t let those short-term price fluctuations distract you from the bigger picture. What matters is whether you think a project has long-term potential.

Buy and sell crypto on an expert picked exchange

There are hundreds of platforms around the world that are waiting to give you access to thousands of cryptocurrencies. And to find the one that’s right for you, you’ll need to decide what features that matter most to you.

To help you get started, our independent experts have sifted through the options to bring you some of our best cryptocurrency exchanges for 2022. Check out the list here and get started on your crypto journey, today.

Read More: Why NEAR Protocol Is Down 11% Today