Berkshire Hathaway‘s (NYSE: BRK.A)(NYSE: BRK.B) 2022 shareholder meeting had the usual mix of wisdom and laughs. But it also had a deep sense of seriousness given the economic challenges that are affecting the world.

Now that the meeting is done, here are Warren Buffett and Charlie Munger’s top takeaways on where the market stands and where we could go from here. 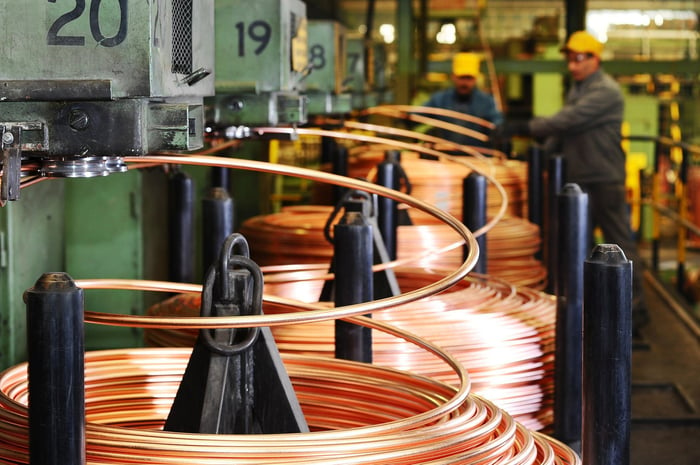 The importance of security

The war in Ukraine has cast a new spotlight on supply chains and resource security, through agriculture and energy in particular. Berkshire has increased its stake in energy stocks such as Chevron and Occidental Petroleum, which comes on top of the company’s 91% ownership of Berkshire Hathaway Energy. Buffett highlighted the importance of land, farms, real estate, and other productive assets that have tangible value, especially during times of inflation and geopolitical risk. America is blessed in that it produces upwards of 11 million barrels per day of oil and is one of the world’s largest producers of natural gas and exporters of liquefied natural gas. Yet Buffett and Munger acknowledge that energy and commodity markets are riddled with speculation right now.

Aside from a discussion on commodities, Buffett discussed the importance of security for Berkshire investors, both in knowing that their money is being invested in a responsible way and that the company will carry on even after he is gone. “I would say that the future for a long time is about as assured as you can have in the world,” Buffett said. “We don’t have an answer for the nuclear bomb or anything, but we have a culture that, A, has worked, and B, has the shares and the shareholders that will carry it a long way.”

Finally, Berkshire discussed the growing importance of cybersecurity, especially on mission-critical assets. Berkshire Hathaway Energy in particular operates several assets, from regulated utilities to pipelines, that, if hacked, could be a security risk not just to Berkshire’s businesses but to the security of the nation. Buffett and his team view cybersecurity as a growing investment and something that they can try and fight directly unlike the threat of nuclear assault.

Welcome to the gambling parlor

An ongoing theme for several Berkshire annual meetings has been the heightened volatility and impulsive nature of markets. Last year, Buffett’s annual meeting came right after the peak of meme stock mania and special purpose acquisition companies, which Buffett and Munger heavily criticized. This year, Berkshire witnessed firsthand the rapid-fire nature of markets. When you’re able to gobble up 14% of Occidental Petroleum stock with ease over the course of two weeks, “you’re not buying from investors,” Buffett said. “I find it incredible. You wouldn’t be able to do that with Berkshire. If you want to buy 14% of the company, it will take you a long, long time. Companies have become poker chips.”

The S&P 500 doubled between 2019 and the end of 2021 — a remarkable return given the state of the economy due to COVID-19. Buffett and Munger believe that a lot of the fuel that powered that raging bull market came from speculative practices by Wall Street and retail investors. “The market has been extraordinary,” said Buffett. “Sometimes it’s quite investment-oriented, and other times it’s almost totally a casino. it’s a gambling parlor. And that existed to an extraordinary degree in the last couple of years, encouraged by Wall Street. The money is in turning over stocks. … Wall Street makes money one way or another catching the crumbs that fall off the table of capitalism.”

Munger used the rise and fall of Robinhood Markets (NASDAQ: HOOD) as the embodiment of this phenomenon. 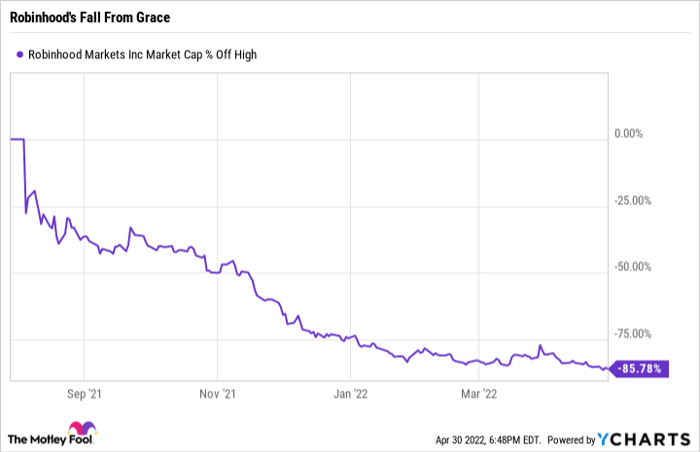 “It’s so easy to overdo a good idea,” said Munger. “That’s what’s going on now, you have a lot of good ideas that are being grossly overdone. Look what happened to Robinhood from its peak to its trough. Wasn’t that pretty obvious that something like that was going to happen? Robinhood, when it came out and went public and all the short-term gambling and big commissions and hidden kickbacks and so on it and so on, it was disgusting. But now, it’s unraveling. God is getting just.”

Amid wry jokes, sharp wit, and admissions of countless mistakes, Buffett was, as usual, open about Berkshire’s inability to time markets. At the last meeting, he joked about his fumbling of Berkshire’s investment in airline stocks. This year, he discussed the short-term uncertainty of the increasingly volatile market.

“The interesting thing is, obviously, we haven’t the faintest idea what the stock market is going to do when it opens on Monday,” said Buffett. “We never have. … [In 2008,] we spent a big percentage of our net worth at a very dumb time — I shouldn’t say we, I should say I. … We have not been good at timing. We’ve been reasonably good at figuring out when we were getting enough for our money.”

The best lesson of all

If Warren Buffett, one of the greatest investors of all time, is simply focusing on what he can control and navigating what he can’t control as well as possible, then individual investors could do well to follow in his footsteps. The old saying is that the stock market is a staircase up and an elevator down, meaning that bull markets can rock you to sleep with a slow and steady uptrend only to be abruptly turned down by an accelerating bear market. Yet it’s the qualities of patience and temperament — and, as Buffett says, sanity — that…

Read More: 3 Key Warren Buffett Takeaways on the State of the Stock Market