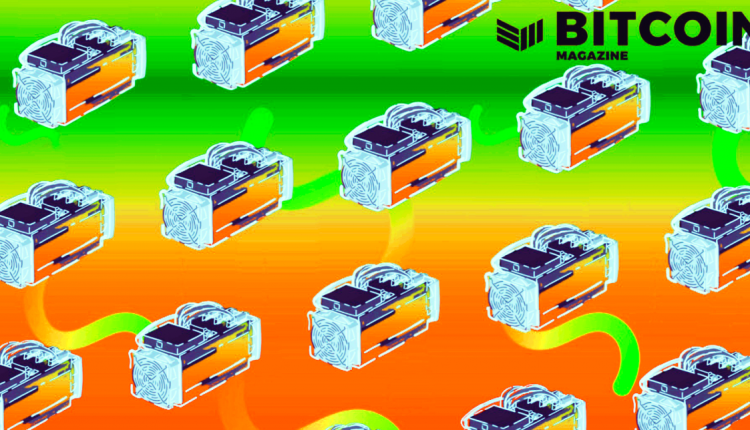 The below is a direct excerpt of Marty’s Bent Issue #1203: “Do not cede the frame. Energy usage is good.” Sign up for the newsletter here.

As you freaks may know, I believe many in the North American bitcoin mining industry are making a long-term strategic mistake in their attempts to appease the climate hysterics of the world by pointing to the fact that many bitcoin miners leverage renewable energy and that it will help “phase out” fossil fuels over time.

It is true, many bitcoin miners are taking advantage of artificially low electricity prices driven by massive subsidies provided to “green” energy sources like wind and solar across the U.S. However, the people who are driving these miners to bend the knee and stumble over themselves to collect data and write letters with a bunch of signatures from big industry players will never be satisfied. The mining industry could have an energy mix of 100% “renewables” and the hysterics would find a way to move the goalposts. In fact, they are already starting to do that.

Even though Peter may be completely ignorant to the fact that bitcoin miners may, quite literally, be the only potential users of those “renewable” energy sources, facts don’t matter in the hysterical clown world that these people live in. It’s all about CONTROL. They cannot control bitcoin, so they will find every excuse in the book, no matter how illogical, to try to stop bitcoin from succeeding.

By ceding the frame to these hysterics and working to appease them, the bitcoin mining industry is giving their nonsensical positions validity. Instead, we should work to own the frame and build our frame on facts. And the facts are very simple. Humans are good. Increased energy consumption correlates with increased human flourishing. Hydrocarbons are an essential part of our future. And a bitcoin standard is going to make the world extremely energy efficient because of the incentives put forth under a sound money standard and the way bitcoin brings about that standard via proof-of-work with a difficulty adjustment.

I had the pleasure of sitting down with Dr. Saifedean Ammous this morning to discuss this topic at length. I highly recommend you peep the conversation and think hard about how detrimental ceding the frame to these people can be in the long-run. It’s a massive waste of time.

Read More: Bitcoin Will Use Energy And It Doesn’t Need To Be Renewables

A Look at the Growing Crypto IRA Space – CryptoMode