Forbes India – Are We Looking At A Crypto Brain-drain? 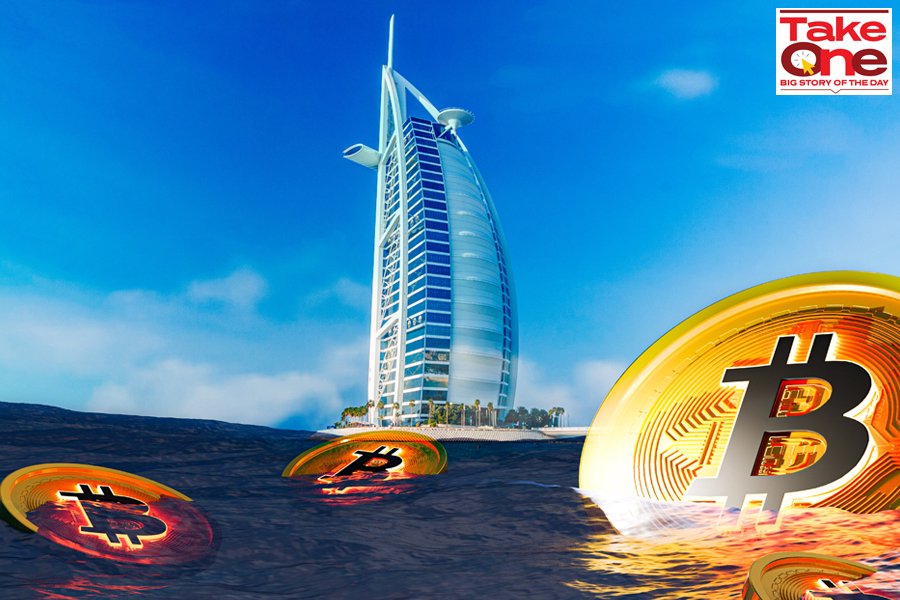 The fact that there is a beaten path and a welcoming policy environment for crypto firms in jurisdictions outside of India, “you are somewhat guaranteed or have a visibility of a steady regulatory stability [overseas]”.

Indian entrepreneurs setting up operations overseas or tech engineers/developers letting go of jobs in India to join companies overseas constitute the classis ‘brain-drain’ syndrome. The Web3-crypto ecosystem has for a few years now also started to see cases of founder-promoters registering their companies overseas. It is not classic brain-drain but it hurts India as the government loses out on potential tax collections. India’s IT sector has been witnessing this practice for nearly three decades now.

In November 2021, when Neha Kumari was setting up Carret, a cryptocurrency trading and investment platform focussed on Indian users, she decided to register the company in India. However, soon enough, looking at multiple challenges, she realised it wasn’t the best idea and registered the holding company in Singapore.

Potential investors into the company had several queries. “When we approached investors, they would ask us: What about the regulations, how are you going to operate in India? They would request us to register the company out of India,” says Kumari, adding that there are no specific regulations on what kind of licences are required to be a crypto exchange. “It is a grey area. Recently I read a tweet that said a company’s bank account was frozen because they had Web3 mentioned on their website. If tomorrow something like that happens, we wanted to ensure our investors’ money was safe.”

However, Kumari, 29, and her team of nine have no plans to shift base outside India. Their focus market will be Middle East and South Asia. “These regulatory hurdles are affecting us and it is likely to impact India, because as startups, we are thinking about whether we want to expand more in India or not. So eventually, yes, there is bound to be a brain-drain. But we are still hopeful that things will change in India,” she told.

.
“About 99 percent of Web3 founders will domicile outside of India. If you are a crypto company working in India and dealing with banks, it invokes 10x questions. Also, in the future if you have a material gain, the option to domicile outside India is a better option,” says an official with an American venture capital firm, on condition of anonymity. Non-tech companies too, which domicile in the US or Singapore, find it easier to list or make acquisitions overseas and move money in and out of different jurisdictions.

The fact that there is a beaten path and a welcoming policy environment for crypto firms in jurisdictions outside of India, “you are somewhat guaranteed or have a visibility of a steady regulatory stability [overseas]”.

IndiaTech’s CEO Rameesh Kailasam says brain-drain cannot be “ignored”. Each country is still figuring out crypto-related regulations and legislations but a situation should not arise where, after years, India realises it lost out to Dubai or Singapore. “It is like realising we were late in the hardware boom,” he says. “We will start to lose out on revenue potential to other countries”.

The British Virgin Islands are a very popular choice for registering companies which plan to issue tokens. “We don’t have to do much, a lawyer charges fee for the process, we submit KYC details and within five days you have a company. We’ve never been there, nor do we have plans to move operations there,” says Atharva Sabnis, founder-CEO of NFT Labs, a Web3 company, which is the developer of Itsmyne, a social-plus marketplace for officially licenced NFTs.

NFT Labs, set up in 2021, did an initial coin offering (ICO)—a cryptocurrency equivalent of an IPO—where funds are raised for a particular venture. NFT Labs has a dual company setup, where the British Virgin Islands company has issued the token and a Singapore-registered company carries out the rest of the operations. Currently, his team is spread across India, Kazakhstan and Czech Republic.

British Virgin Islands is popular is because “there is zero tax on corporates, which also extends to any virtual assets. If you have to create a crypto token and select from a BVI entity, then you’re not paying a part of the amount you raised as tax,” says Sabnis.

Dubai has also been key draw for crypto entrepreneurs for several months. In March, Dubai’s ruler and the Prime Minister of the UAE, Sheikh Mohammed Bin Rashid Al Maktoum, announced the emirate had enacted its first law governing virtual assets and had also formed an independent regulator to regulate the cryptocurrency sector. It was aimed at developing Dubai and the UAE as regional and global destinations for the crypto market players.

Recently, there were rumours about WazirX co-founders moving to Dubai with their families due to the unfavourable ecosystem in India.

Nischal Shetty, co-founder and CEO of WazirX says they are a remote-first organisation with employees from over 70 locations. “WazirX is headquartered in Mumbai, and there is no change in any of our operating procedures. We are doubling down on our commitment to make crypto more inclusive. We are working with third parties to identify, assess, and track any spurious activities.”

“It is a matter of concern if there is emigration of Web3 developers from India. This event will have multifarious repercussions on factors like creating jobs in the country, making India an innovation hub, generating tax revenues for the government, etc. At present, we have an urgent need for a policy on the crypto ecosystem. Its absence is making entrepreneurs flock to countries that already have favourable policies in place. As a community, our focus is to create the next Google or Facebook on Web3 out of India, and for that, we need support from policymakers. A conducive policy can help ensure that the blockchain developers stay and build in the country.”

In 2018, Sowmay Jain, 24 and Samyak Jain, 22, founded Instadapp—a blockchain-based decentralised finance (DeFi) protocol—from Dubai. Hailing from Rajasthan’s Kota district, initially some of their projects were operated from India but those had to be moved to Dubai due to regulations issue in India. Instadapp is now the fifth largest entity in the DeFi space worldwide, with assets worth $10.16 billion circulated in smart contracts on the blockchain, according to DeFi-Pulse, an analytics and ranking platform.

The Dubai benefit is that taxation is not too steep and there is an ease of doing the business. “Plus, the regulations here are much more favourable compared to other geographies,” says Sowmay who is still hopeful that the regulations will ease in India. “India is well-positioned with the innovation-related skills that are required in the Web3 world. But the regulation problem is hampering everything for the developers and innovators.”

Post-Covid, the Web3 community in Dubai has also seen a massive surge in real life meet-ups, such as Binance Week and ETHDubai, which boost networking.

Bengaluru-based Saumya Saxena is currently building a decentralised social interaction layer, creating a version of ‘Gmail and Calendly’ in India that interacts with wallets securely. Saxena is planning to register either in Dubai or Singapore, he says, “but certainly not India”. “There is a lot more clarity [overseas]. I know I will not be banned outright. My employees can also be rest assured that the company is stable and the future in the company is also stable and they are not being taxed absurdly,” he adds.

“Larger players have struggled so much with the ecosystem, and then decided to move away. Then why go through that struggle? Though there are positives—conversations that have started around Web3 at the government level—I don’t know where it will go,” Saxena further says.

Another Web3 company Unifarm, which is currently registered in India, is considering moving to the British Virgin Islands. CEO Tarusha Mittal says, “The policymakers want to utilise blockchain for issuing caste certificates but is wary of clearing its position on crypto. The issue is that there is more to Web 3 than just crypto and exchanges, it is important to consider all valid use cases without eschewing an entire sector.”

Though Mittal might register the company outside India, she has no plans to move operations entirely, due to stringent forex management norms.

Ajeet Khurana, crypto advisor and investor, and former CEO at Zebpay says he has seen at least “over a hundred” crypto companies, which have been incorporated overseas in the past 3-4 years. “Entrepreneurs who were planning to set up companies abroad but still operating out of India now do not seem to be confident to stay in India. Now even programmers and developers are keen to move abroad. In the blockchain/crypto industry, it has accelerated in the recent past,” he says. But Khurana says this is due to the fear of the unknown.

“The ‘anything can happen’ [in India] fear is leading people to rethink working in India. It is not a fear related to policies or guidelines but due to the possibility that…

Read More: Forbes India – Are We Looking At A Crypto Brain-drain?

A Quick-Hit Guide to the Best Activations, Culinary Pop-Up, and Parties at the Formula