‘Buy the Dip’ Believers Are Tested by Market’s Downward Slide

On Thursday, when the stock market had one of its worst days of the year, individuals rushed in, setting a one-day buying record. In March, they invested the largest ever monthly sum, according to Vanda Research data beginning in 2014, and continued to pour money into the markets in April.

Investors followed suit on Tuesday in a volatile session, a day after the S&P 500 fell to its lowest level this year. The broad stock-market gauge swung before edging up 0.2%, snapping a three-session losing streak.

Individuals’ willingness to backstop markets throughout this year’s selloff demonstrates that the group—for now—has been more resilient than analysts and trading professionals anticipated. Few were surprised when individual investors pounced on small dips as the market churned higher last year, helping the S&P 500 cruise to 70 records and rewarding those who waded in.

This year, the S&P 500 has fallen 16%, its worst start to a year in nearly a century, and the Nasdaq Composite has dropped 25%. Inflation is at a 40-year high, and the Federal Reserve has embarked on an aggressive monetary tightening cycle, enacting this month its biggest rate increase since 2000. That has fanned worries about a recession—periods when stocks have on average fallen as much as 29%, according to Dow Jones Market Data.

Some of the wildly popular trades of the past two years have already crumbled. Many investors have soured on richly valued technology stocks. Newly minted public companies, which soared last year, have come back down to earth. Highly speculative corners of the market, such as

Despite the turning tides, many individual investors said they have relished the chance to buy stocks at a discount. Many said the calculation is simple: History has shown that stocks eventually go up.

Small investors plowed $114 billion into U.S. stock funds through March as the S&P 500 tumbled into a correction, falling at least 10% from its high, according to

That marks a sharp shift in the group’s strategy for much of the past two decades. Typically, individual investors have sold about $10 billion in the 12 weeks after a market peak when the S&P 500 has tumbled that much.

In the month of March alone, individual investors bought about $28 billion of U.S.-listed stocks and exchange-traded funds on a net basis—the total amount after subtracting the amount sold—the largest monthly sum on record, according to Vanda, and another net $24.4 billion in April. On Thursday, when the S&P 500 tumbled 3.6%, individual investors bought a net total of nearly $2.6 billion of stocks and ETFs, a one day record, according to Vanda.

advice to be “greedy only when others are fearful” and to hold stocks for long periods of time.

He said he has often stepped into the market during times of volatility and learned this lesson the hard way when he sold some of his shares during the 2008 financial crisis. That plunge was followed by an 11-year bull market during which the S&P 500 surged roughly 400%. Now, he said he is more confident in his strategy.

He has steadily increased his exposure to stocks since he stepped out of the workforce, he said. About two-thirds of his portfolio is in stocks, up from around half when he retired.

, which have both recorded double-digit losses this year. Since he bought the shares, though, they have fallen even further, weighing on a retirement portfolio that has already slid in value this year.

Many individual investors who bought the stock-market dip are sitting on losses. Through April, the S&P 500 fell an average 0.2% during the session after it notched a loss, according to

at Sundial Capital Research, making 2022 one of the worst years for buying the dip since 1974.

Unlike the crash of early 2020, which lasted just 23 trading days, investors are weathering a more prolonged selloff that could worsen as recession risks grow. The Fed’s move to raise rates and shrink its $9 trillion asset portfolio has already triggered a selloff in the government-bond market, sending the yield on the benchmark 10-year U.S. Treasury note jumping past 3% to its highest level since 2018. Higher yields typically chip away at the stock market’s allure by giving investors another attractive place to park their cash.

Individual investors’ appetite for stocks diverges from the behavior of professional investors, who have collectively sold stocks during the turbulence.

& Co. estimates that institutional investors have pulled $199 billion out of the stock market this year, according to an analysis of public order flow data through Friday. Meanwhile, pros keep ramping up bearish bets against major U.S. equity indexes through the futures market, analysis from Citi Research shows.

That hasn’t stopped many individual investors from wading in. Their allocation of stocks in their portfolios crept up to nearly 70% last month, hovering around the highest levels since early 2018, according to a survey by the American Association of Individual Investors. Many individual investors whittled their exposure to bonds, sending fixed-income allocations to a 14-year low. 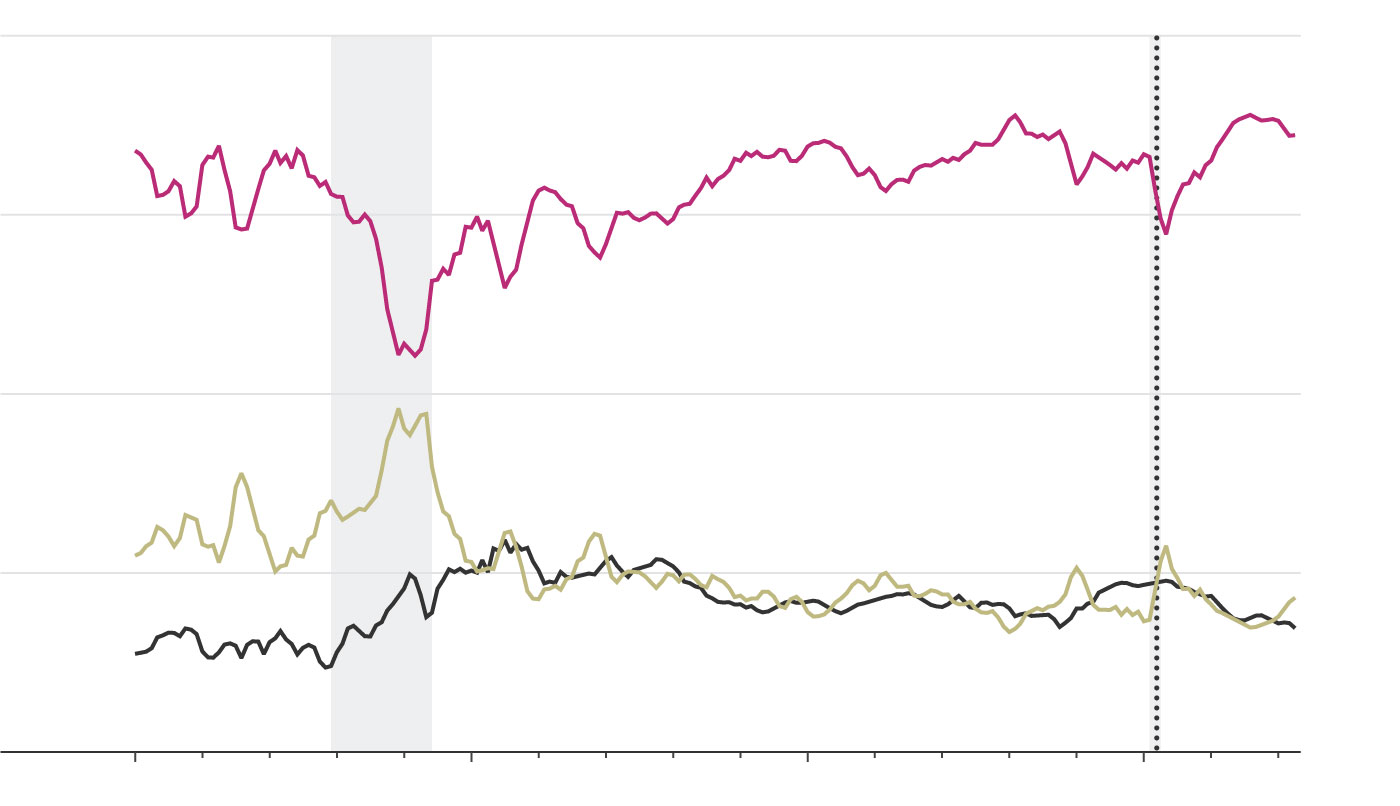 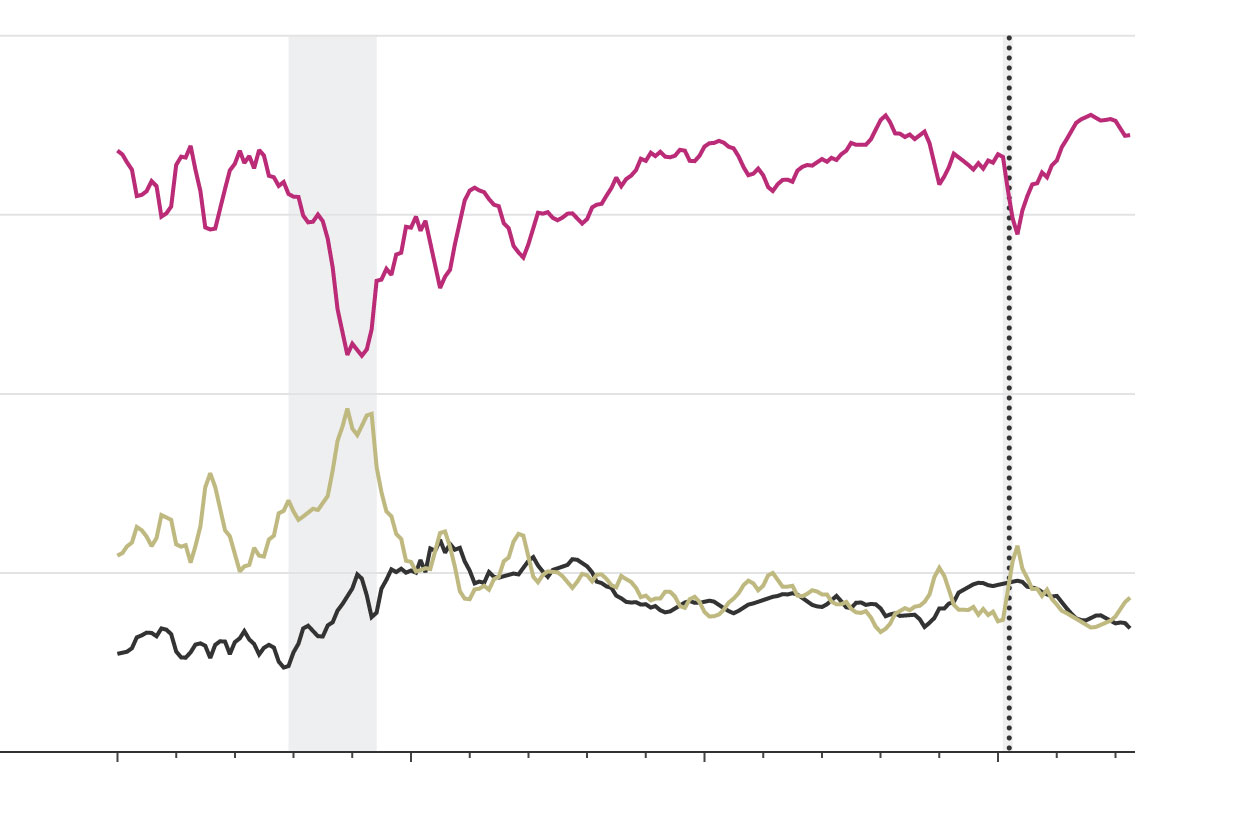 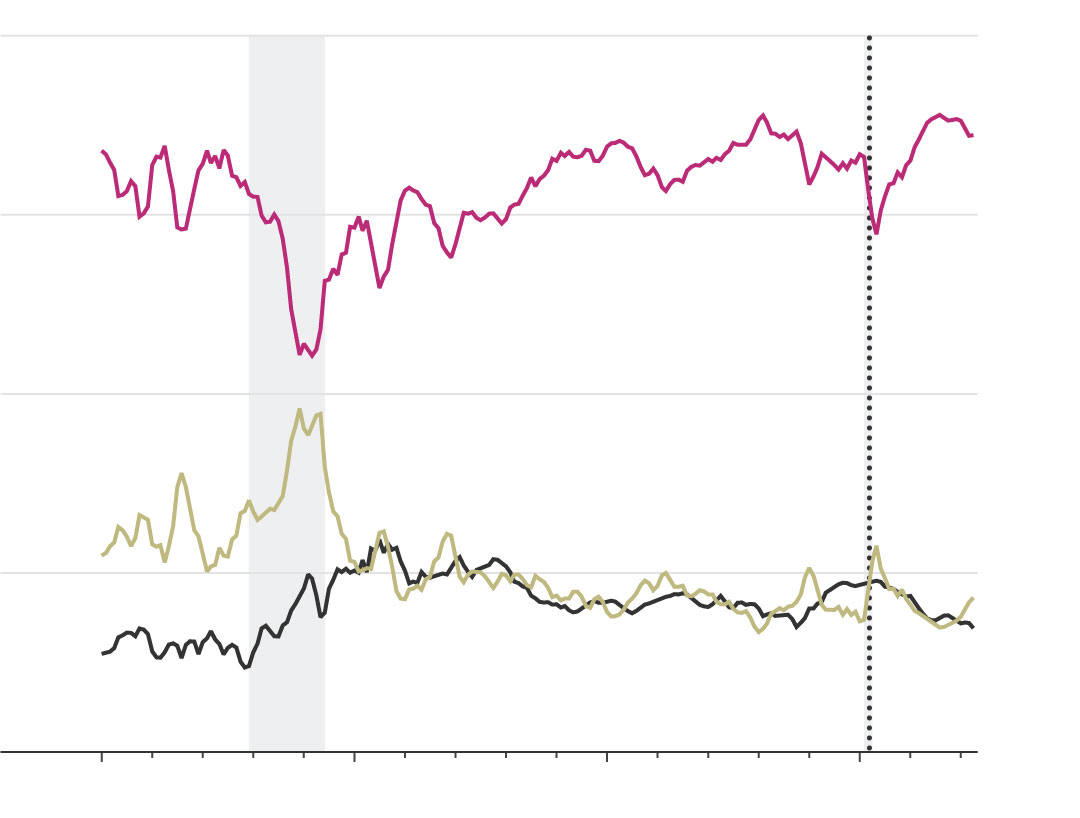 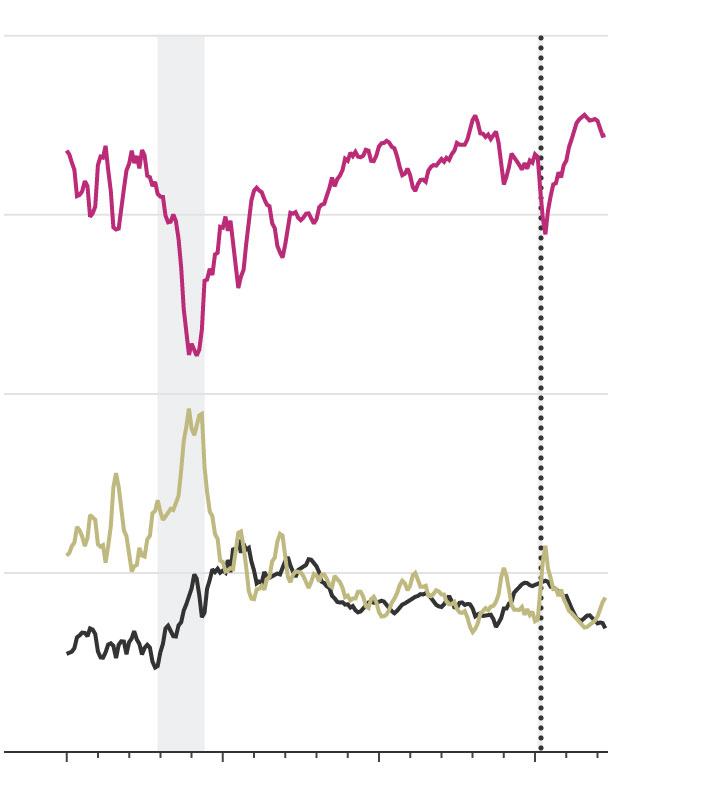 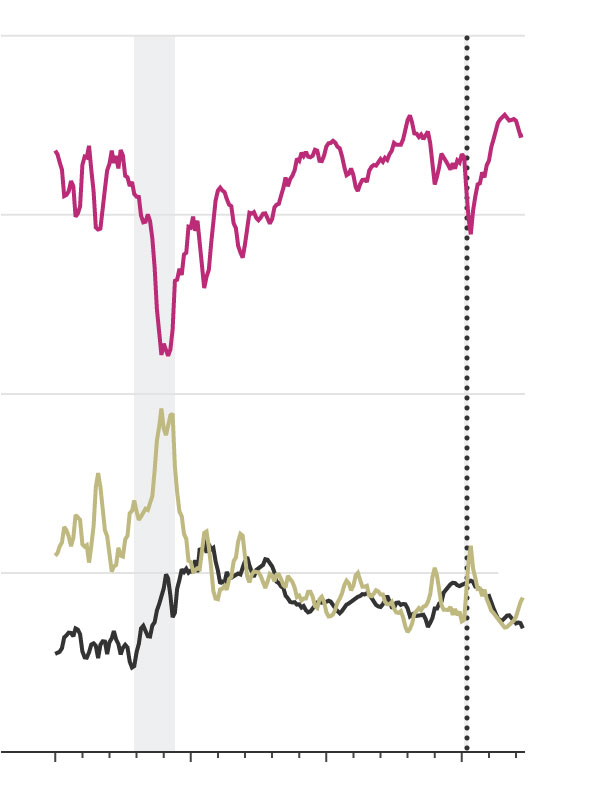 Some market strategists say that retail investors’ appetite for buying could continue to help support stocks, blunting the impact of severe down days. Goldman analysts forecast that U.S. households will buy $150 billion in stock in 2022, following last year’s record of roughly $390 billion.

Demand could deteriorate if the economy sours. Households have pulled around $35 billion from stock funds since early April, as the selloff accelerated, the firm said.

The rising value of their stockholdings and homes over the past two years has made some investors feel more comfortable taking bigger risks, financial advisers said. Home prices logged a record jump in 2021, while the S&P 500 has still soared almost 80% from its March 2020 low, thanks in part to the Federal Reserve’s Covid-19 stimulus measures that led to a boom in asset prices world-wide.

Pandemic-era stimulus checks and a reprieve from student-loan payments also helped some people stockpile cash. Some are also beginning to reap the benefits of the greatest wealth transfer in modern history, with older generations expected to hand down trillions of dollars in the coming decades.

“They just have more money,” said

a partner at Bel Air Investment Advisors, who oversees about $4.6 billion for high net-worth clients. “We did not see the kind of ‘hit the exit, hit the eject button’ that we’ve seen in the past.”

Mr. Sadkin said his clients have seemed concerned about the latest leg of the selloff but that there hasn’t been any “panic selling.”

Concerns about inflation and Fed policy have already led to sharp stock plunges this year. So far, several of those selloffs have been followed by some of the most dramatic rebounds of the past decade.

On Feb. 24, investors dumped stocks as the Ukraine crisis intensified, sending the Nasdaq Composite down by more than 3% intraday. As stocks hit their lows during the session, a familiar pattern emerged: Investors piled in, helping the index claw back its losses and sending it up to close 3.3% higher than the previous day.

Investors purchased nearly $1.5 billion of U.S. stocks and ETFs that day on a net basis, according to Vanda, higher than the 2022 daily average of nearly $1.3 billion. This year, individual investors’ 10 biggest buying days by dollar volume have occurred when the S&P 500 has fallen rather than risen.

The strategy of picking up stocks and other investments on sale has grown so popular that the term “buy the dip” has mushroomed into an online sensation, garnering…