Crypto Market is CRASHING and These Companies…

More Disruption in the Cryptoverse – ShareCafe 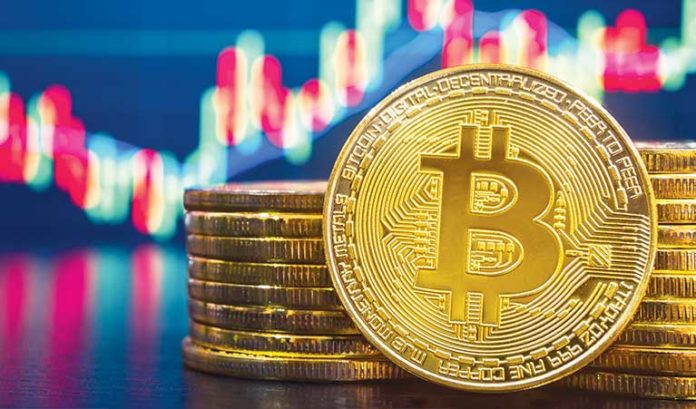 The recent crash of the cryptocurrency market — one in which many consumers lost 50% or more of their investment — has not deterred Assemblywoman Yvonne Lopez from pushing for passage of the Digital Asset and Blockchain Technology Act, legislation for which she is a cosponsor.

If anything, it has made its importance even more relevant, Lopez (D-Perth Amboy) said.

“A core element of the Digital Asset and Blockchain Technology Act deals with consumer protection and, more importantly, consumer education to create a well-regulated marketplace, where individuals understand the risks, volatility and potential for loss that exists in the cryptocurrency market,” she said.

“Many of these investors might have just seen their entire savings wiped out overnight, and I believe many might not have understood the risks involved with investing in cryptocurrency. I believe New Jersey has the opportunity to be an innovator in the digital asset space, while also arming consumers with the knowledge they need to make sound financial decisions.

“The recent crash demonstrates the urgent need for this legislation and smart regulations in the crypto market.”

It is unclear how much consumers would have benefited had the bill been in place — after all, with the market, it always is buyer beware. But this much is certain: One of the goals of the bill is to lure companies away from New York City and help make New Jersey a center for the sector.

“We have a tremendous opportunity to get regulations right in New Jersey, and we should capture it,” Lopez said. “I just want to balance job creation with consumer protection. That’s basically the tenet of the bill.

“I think the system will attract businesses to leave New York, come to New Jersey and create jobs and investment opportunities in our state.”

A few crypto companies already are headquartered in New Jersey, including BlockFi, Voyager and Celsius. The opportunity to land more appears to be there. New York City (and state) are known as being difficult places to operate a cryptocurrency business.

Since 2015, all virtual currency businesses looking to operate in New York have had to obtain a “BitLicense” through the New York Department of Financial Services. The process is known to be cumbersome. The application fee is $5,000, and companies have reported the time allocation, legal fees and other costs associated with obtaining the license can be upwards of $100,000.

While the New Jersey Bureau of Securities has flagged bad actors in the space — a high-profile example being BlockFi’s $100 million settlement with state and federal regulators — no current New Jersey legislation provides a licensing process as Lopez’s proposed bill would. New Jersey is “not there yet” in regard to regulations compared to New York, said Samuel Newbold, member of Chiesa Shahinian & Giantomasi’s Alternative Capital Group in West Orange.

“New Jersey, by and large, just relies on the process for applying for money transmission licenses, and they use those broad rules within that regulation to kind of monitor and govern cryptocurrency transactions in the state — but they haven’t really modernized that,” he said.

Lopez, who said the current BitLicense requirements in New York prohibit small companies and startups from engaging in the industry due to its high barrier of entry, would not put an exact cost of obtaining a license in New Jersey under her bill — saying only that her proposed legislation will cost companies looking to operate in New Jersey “substantially less than New York.”

Under her bill, the Department of Banking & Insurance will supervise licenses — any applicants that had been convicted of fraud, forgery or theft cannot meet the standards specified in the bill — and licensees must disclose to consumers the risks of engaging in cryptocurrency transactions and protections available, she said.

The bill has passed the Assembly Science, Innovation and Technology Committee and has been referred to the Assembly Financial Institutions and Insurance Committee for further review. Lopez said she is hopeful the bill will advance through the Legislature and be signed into law by Gov. Phil Murphy as early as June.

Regardless of the bill’s fate, some companies already are heading to New Jersey from New York, according to Guillermo Artiles, partner and chair of the Government Affairs practice at McCarter & English in Newark. Artiles helped establish the Blockchain Association of New Jersey with firm client Chris Matta.

Artiles cannot name the exact number of companies that have left New York overall for New Jersey, but said he represents four at McCarter currently. Timing in New York was an issue for small to midsized companies, Artiles said.

“These (companies) are run by a handful of individuals; time is very precious,” he said. “If you force someone to go through an incredibly heavy, burdensome process, not just financially, but from a timing perspective, to submit this thing, and then you make them wait six months to a year after that, it would make no sense for any small to midsize company to undergo that.”

CSG’s Newbold agreed: “The biggest complaint is it (the New York BitLicense process) takes too long. ‘I have this idea, I want to launch this product, but it takes too long.’

“If we had a quicker process to actually get approval of things and review these things, I think that would help to bring more actors into the fold of compliance.”

Assemblyman Chris Tully (D-Paramus), a cosponsor of the bill, wants New Jersey to be on the cutting edge and the home base for innovative business.

“We certainly don’t intend to pass any regulation that’s as stringent or onerous as New York’s BitLicenses,” he said.

Tully said sponsors of the bill learned from the mistakes of New York.

“We’re aware of how regulation in the space can either empower or inhibit business,” he said.

Chris Gerold, a partner at Roseland-based Lowenstein Sandler in the Securities Litigation, Blockchain Technology & Digital Assets, Broker-Dealer groups, said New Jersey has a competitive advantage now because of its lack of regulations compared to New York.

“Given the choice between regulations in one state or none in another, for some companies, it makes sense to set up shop in a different jurisdiction,” he said. “That’s not to say there’s a nefarious reason for that; it could be a cost issue. If you’re a startup, do you want to spend what could amount to hundreds of thousands of dollars just to set up in one jurisdiction, versus just setting up and starting, doing business in another?”

CSG’s Newbold said New York still has the competitive advantage currently, due to its large financial footprint, but he sees New Jersey having a shot to scoop up the market with improved legislation.

“New Jersey has been beating New York for years on gambling, sports betting,” he said. “This could be an angle where New Jersey could create something a little bit more innovative, a little easier. And they could get a big share of the market if they were willing to roll up their sleeves and pass something that’s really, really useful to the market.”

The huge potential of the sector is not disputed. The only question: Who will capture it?

Lowenstein Sandler’s Gerold said fair and balanced regulation in New Jersey would make sense, with potential for more capital to arrive in the state in the process.

“I still think there’s a lot of money sitting on the sidelines, which hasn’t been deployed yet in the space because of lack of clarity, lack of regulation.”

Can employees be paid in crypto?

Despite last week’s crash, many still feel cryptocurrency is the way of the future. It’s just not the way of the present — at least, it isn’t when it comes to paychecks. So said Jennifer Roselle, partner at Genova Burns in Newark and a member of the firm’s Labor Law and Employment Law & Litigation groups.

“(Crypto) is not recognized as the tender and the currency of the United States,” she said. “The Fair Labor Standards Act, which governs, at the national level, how you pay employees, requires, to paraphrase, cash payments. Each state does it slightly differently, but most of them have some sort of nod and recognition toward the idea of legal tender or cash payment.”

Last week — when many saw their crypto investments drop 50% or more — showed why such a rule is necessary. And why it benefits both employers and employees.

“As an employer, if you have a contract, you’re paying whatever that contract promises,” Roselle said. “You have to pay a certain minimum wage, you have to pay prevailing wage, depending on what industry you’re in. And (with) the volatility of (cryptocurrencies)  … you can’t necessarily match those guarantees. And as an employee, do you want your paycheck wrapped up in something that, putting aside all…

More Disruption in the Cryptoverse – ShareCafe

Crypto players gear up for TDS rules from July 1