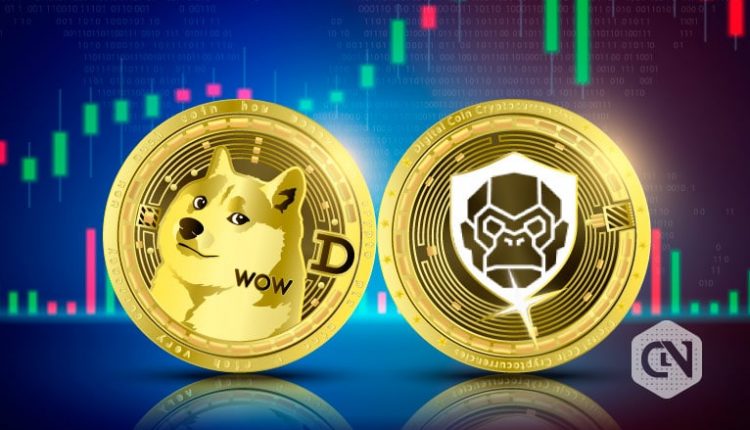 How to use a Bitcoin Paper Wallet? Simple Wallet…

Dogecoin (DOGE) Is Still The Number One Meme Token

Meme Token RoboApe (RBA) Will Stand the Test of Time

RoboApe (RBA) is a relative newcomer to the crypto space, a meme token currently in presale, and will launch on August 29, 2022. It is the token of the RoboApe community-driven DeFi ecosystem. Unlike most of the top meme tokens, which are built on dedicated Blockchains, RoboApe (RBA) is an ERC20 token on the Ethereum Blockchain.

Unlike Dogecoin (DOGE) and many other meme tokens, RoboApe (RBA) is a token that has utility and governance functions and an ecosystem. This ecosystem includes the RoboApe NFT Marketplace, upon which users can mint ‘RoboApe card’ NFTs for holding or selling by paying a fee in RoboApe (RBA) tokens. RBA token holders can also participate in time-limited NFT trading card minting activities. Another key feature of the ecosystem is the cross-chain swapping RoboApe Swap protocol.

These Meme Tokens Are Resilient and Future-Proof

Dogecoin (DOGE) has retained its position as the most popular meme token since launching in the relatively early days of cryptocurrency in 2013. Like Bitcoin (BTC), Dogecoin (DOGE) is not likely to be going anywhere any time soon, and its continued community support will help to ensure that.

Meanwhile, newcomer RoboApe (RBA) presents an opportunity for a possible high return on investment, and the token is currently available to purchase in presale. RBA will launch after the presale concludes on exchanges when the secondary markets will influence the price.

Think You’re Down Bad? This Ethereum Wallet Got Liquidated Over 71,800 ETH |

How to use a Bitcoin Paper Wallet? Simple Wallet Guide