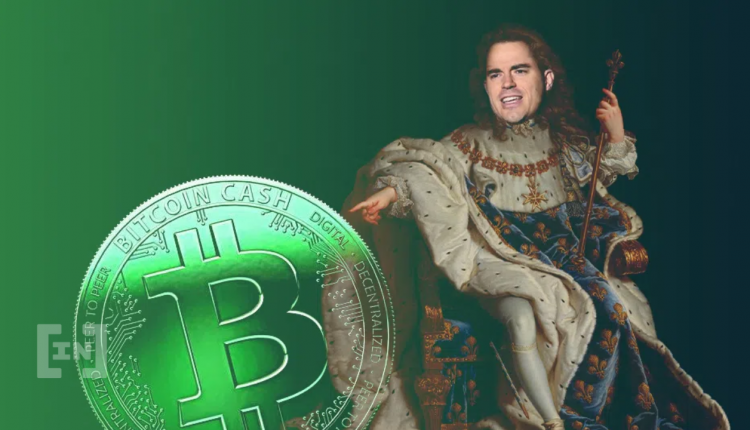 The exchange, which recently halted withdrawals, announced on Monday it will issue what is called the “Recovery Value USD” (rvUSD) token in a bid to offset losses from an unnamed “high net worth individual” whose account fell into negative equity.

That individual has now been revealed to be Roger Ver, according to Lamb. The CEO tweeted that Ver had been served a notice of default on a $47 million USDC loan for failing to top up his margin requirements.

“We have a written contract with him [Roger Ver] obligating him to personally guarantee any negative equity on his CoinFlex account and top up margin regularly,” Lamb said, adding that CoinFlex is seeking to resolve the matter.

It came shortly after Ver dismissed speculation that he was in default as false.

In response, Lamb stressed that the debt was “100% related to his [Ver] account,” and that “CoinFlex also categorically denies that we have any debts owing to him.” He alleged Ver’s “statement is blatantly false,” a tactic by the bitcoin investor “to deflect from his liabilities and responsibilities.”

CoinFlex initially refrained from naming Ver as the counterparty behind the $47 million bad debt that led to the exchange suspending withdrawals on Jun. 24. It would normally have liquidated that position, but decided not to because of “stringent personal guarantees” given by the counterparty.

The exchange instead proposed to create the rvUSD token as part of efforts to raise money to fund the resumption of withdrawals while giving the counterparty, now known to be Ver, time to repay the loan. That plan has drawn massive criticism from the crypto community.

“They are using terms like ‘margin call’ and ‘negative equity’ to detract from the truth of the situation. In this case, there was nothing to liquidate and the loan is outstanding,” Fatman tweeted. Others referred to the offering as a “Ponzi”.

Roger Ver is the executive chairman of Bitcoin.com. He earned the nickname “Bitcoin Jesus” due to his style in promoting the cryptocurrency.

What do you think about this subject? Write to us and tell us!

Crypto Crash Widens a Divide: ‘Those With Money Will End Up Being Fine’