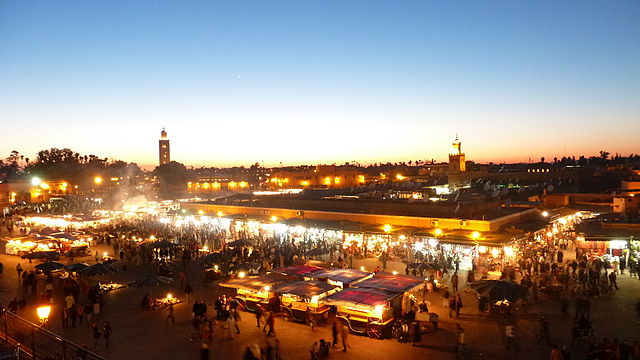 Bank Al-Maghrib (BAM), the Moroccan central bank, is currently working on a cryptocurrency regulation framework bill that will guide the digital assets market in the country.

With the growing popularity of cryptos such as Bitcoin (BTC) and Ether (ETH) among retail investors, countries can no longer turn a blind eye to their domestic digital assets industry. For instance, Morocco is on the verge of joining the growing list of jurisdictions that aim to formally regulate their crypto sectors.

Bank Al-Maghrib (BAM), the Moroccan central bank, is currently working on a cryptocurrency regulation framework bill that will guide the digital assets market in the country, Bitcoin.com reported on June 27. The regulatory framework will also result in the upgrading of the country’s anti-terrorism financing and money laundering regulations.

According to Bank Al-Maghrib governor Abdellatif Jouahri, a central bank committee has been tasked with coming up with the regulatory framework for crypto. BAM has also engaged the World Bank and the International Monetary Fund on specific benchmarks that will be used in the bill.

In March, the Moroccan central bank was also in talks with the central banks of France, Switzerland, and Sweden, as well as the IMF and the WB. The talks were focused on best practices in crypto regulation.

Bank Al-Maghrib governor Abdellatif Jouahri acknowledged the inevitable future adoption of cryptocurrencies by Moroccans. “Currently, we cannot adopt cryptocurrencies given the lack of regulatory and legislative frameworks both nationally and internationally,” the bank executive explained. “The G20 and many countries stress the importance of having a crypto regulatory framework as well as a regulatory framework for Central Bank Digital Currencies [CBDC].”

The central bank governor’s statement could mean that the upcoming regulation will not likely ban digital currencies, according to Finbold.com. Rather, it is expected to strike a balance between consumer protection and promoting innovation while addressing concerns on money laundering and anti-terrorism financing.

The government banned Bitcoin in 2017 only to see BTC’s popularity relentlessly rise in recent years. As of 2021, Morocco ranked fourth in terms of crypto trading volume among African countries, behind Nigeria, South Africa, and Kenya.